Of the seven fall sports JPII offers, students were recognized by the Cape Cod Times as All-Stars in six of the sports.

Jack Carstensen: Carstensen was awarded the Cape & Islands Lighthouse Division MVP in 2022 after finishing with a 15-1-4 individual record this season, and captained the Lions to a share of league championship. Carstensen finished with a 38.6 stroke average and was the medalist or co-medalist in 65% of matches this season for the Lions (13/20). “I have not seen many players who can overcome adversity on the course better than he does,” head coach Geoff Converse said of Carstensen. His 74 earned him the top spot at the 65th Cape Cod High School Championship, beating out four other golfers by a single stroke. His 38.6 average is the second lowest in Lions golf history.

Matthew Curley: In just his second year on the team, Curley emerged as the Lions No. 2 golfer this season and finished with a 40.8 stroke average for the season. He was either medalist or co-medalist in five events this season.

Timothy Adams: Described as a “quiet assassin” by his head coach, Adams finished with an impressive 17-2-1 individual record for the Lions this season, golfing out of the No. 2 or No. 3 spots. He finished the year with a 40.75 stroke average, and was medalist or co-medalist in three events this season.

Kaylee Anthony: Anthony was awarded the team’s MVP this season, after helping lead the Lions to the postseason. Anthony’s favorite moment of the season came when she scored the Lions’ only goal in a game against Nantucket and “celebrating with my teammates on the bus and boat ride home.” Anthony is a member of the National Honor Society, and also is on the Lions lacrosse team.

Maeve Shortt: Shortt’s favorite moment of the season was the Lions early season victory over the Carver Crusaders. She also plays lacrosse at St. John Paul II, is a National Honor Society member, and a school retreat leader.

Emily Gorsuch: Gorsuch’s favorite moment came, not from an individual moment or achievement, but rather “seeing how far the team has come” in the Lions’ final game of the season. She plans to become a physician’s assistant after graduation.

Shea Ryan: Ryan’s most memorable moment was the way she and her teammates came together over the course of the season. She also plays basketball and lacrosse, and is involved in student government, and Irish dance.

Henrique Tatara: The senior running back/linebacker finished with 75 tackles and an interception for Lions in seven games. For his career, Tatarahad 123 tackles, one interception and one forced fumble in two seasons.

Daniel Cordeiro: The junior running back/receiver/linebacker capped off his season with 45 touches, 420 yards and three TDs in nine games. On defense, he had 50 tackles, two sacks and an interception. For his career, he has 80 touches for 970 yards and eight TDs.

Sebastian Ramos:  As a sophomore forward/wing, Ramos led the Lions in goals with 12. He was selected “Player of the Game” two times by his teammates and coaches. Ramos was also selected to represent the league in the MA All-Star game. His most memorable moment was spending time with his teammates and bonding, especially giving it their all for the seniors. Ramos also likes to go to the gym in his free time.  “Sebastian is lightning fast and incredibly strong. He can play defense as well as he plays offense, and is one of the most dependable players on the field.” ― JPII head coach Kal Boghdan.

Cody Boghdan:  As a freshman midfielder, Cody Boghdan had 19 assists, leading the league and all the MA players in assists. He also scored three goals and was selected “Player of the Game” three times by his teammates and coaches. He was selected by the Cape Cod Times as Player of the Week, and by Max Preps to receive one of their “Player of the Year” awards.  “Cody controls the midfield and has a high soccer IQ with great awareness and decision-making. He is a hard-working player and is a well-respected leader on the team even though this is just his first year at JPII,” said Coach Boghdan.

Nico Sullivan: The freshman midfielder led the team in overall scoring with 11 goals and eight assists. He was selected “Player of the Game” two times by his teammates and coaches, and three times by the Cape Cod Times as Player of the Week. His most memorable moment was when he scored the game-winner in a 2-1 win over Sturgis East. Sullivan also plays basketball.  “Nico is a very well-rounded player who is very technical on the ball but also plays with an amazingly calm demeanor.” ― Coach Boghdan.

Jose Aguilar:  In his sophomore campaign as a forward/striker, Aguilar finished the season with seven goals and seven assists. His favorite moment from the season was the first game of the season. The Lions were losing 2-0 in the first half and ended up tying 2-2, showing that they would “never give up until the final whistle.”

Jack Ellis:  The senior goalkeeper and team captain recorded six shutout games this season.  “He works hard to continuously improve every single day. He is a role model for the other players on and off the field,” said Boghdan.

The St. John Paul II girls made it the furthest in the tournament as the No. 14 seed in Division 4.

Ella Cheney: The captain junior midfielder had 18 goals, 27 assists and seven game-winning assists. She has 54 goals and 34 assists for her career. Her favorite moment of the season came when she scored her 50th career goal. She also likes the friendships she made. Cheney also plays basketball and is in the National Honor Society, a Retreat Leader, and is on the Student Athlete Advisory Council. In addition to that, she is part of the Fellowship of Christian Athletes and Investment Club.  “Ella is the catalyst that makes our whole offense run. She wins balls all over the field, beats defenders, breaks lines, and has the vision, awareness, and technical skill to score goals herself or set up teammates from just about anywhere,” said SJPIII Head Coach Lawrence Palmer.

Meah Dalrymple: Dalrymple allowed 0.76 goals per game as a sophomore outside defender. She also contributed a goal and four assists. Dalrymple’s most memorable moment came playing under the lights at Mass Maritime against Blue Hills in the Round of 32 in the state tournament. She also plays lacrosse and does winter track for the Lions.  “Meah is one of the fastest and most powerful players on the team. She can run with any opponent we’ve seen, has chased down attackers from 40 yards away, and takes superb angles and technique to the ball. She is a true shutdown defender, not only on her side, but covering most of the defending third,” said Palmer.

Teagan Forde: As a freshman attacking midfielder, Forde scored 18 goals and dished out 27 assists. Her most memorable moment was scoring her first high school hat trick inside 12 minutes against Monomoy. In addition to soccer, she has played hockey for nine years, She stopped playing hockey recently due to a year-round commitment (outside of SJPII soccer season) to a Girls Academy Soccer Team.  “Teagan is a next-level offensive talent. She combines lighting speed, dizzying skill on the ball, and tremendous ball striking, to make up our most dangerous player in the attacking third. She excels at beating defenders and taking the ball to goal. She creates exceptional plays for her teammates seemingly out of thin air,” said Palmer.

Raegan Dillon: The freshman forward had 20 goals (six game winners) and four assists this season. She had six goals and four assists last season. Dillon’s most memorable moment came when she assisted teammate Cheney for her 50th goal.  Raegan Dillon of JPII girls soccer team.  “Raegan is extremely fast and light on her feet. She is an excellent finisher in front of goal. She exploits every little mistake, and always seems to come up huge in the biggest moments,” said Palmer.

Hannah Kalkus:  The senior center back allowed 0.76 goals per game. She also added two goals and two assists. Her moment that was most memorable came in the postseason when the Lions beat Blue Hills, 4-1, in the Round of 32. She volunteers at the Veterans Affairs, and works at the Hyannis Yacht Club. She plans to attend college where she will study early childhood education.  “Hannah is the cool, calm, experienced presence in our back line. She sees trouble coming from a mile away and has the speed and physical tools to deal with it. She understands the game, leads her teammates through difficult situations, and is extremely solid and productive on the ball,” said Palmer.

Sophia Tropeano: The senior setter ended her final high school season with 51 kills, 64 aces, 206 digs and 241 assists. She finished her career with 806 assists, 170 aces, 641 digs, and 174 kills.  Sophia has been a four-year varsity member and a three-year varsity captain. Sophia took on the setter’s role from a young age but never backed down from the challenge. Sophia’s determination and strength shined through her performance on the court, according to JPII head co-coaches Shannon Kennedy-Cabral and Haley Cabral.

Rosanna Sullivan: The junior outside hitter had 120 kills, 49 aces and 153 digs. She has 194 kills, 238 digs, and 121 aces for her career.  Rosanna is a two-year varsity player. Rosanna continues to be an offensive threat for the Lady Lions. Rosanna consistently played every game like it was her last and to the best of her ability, according to Kennedy-Cabral and Cabral. 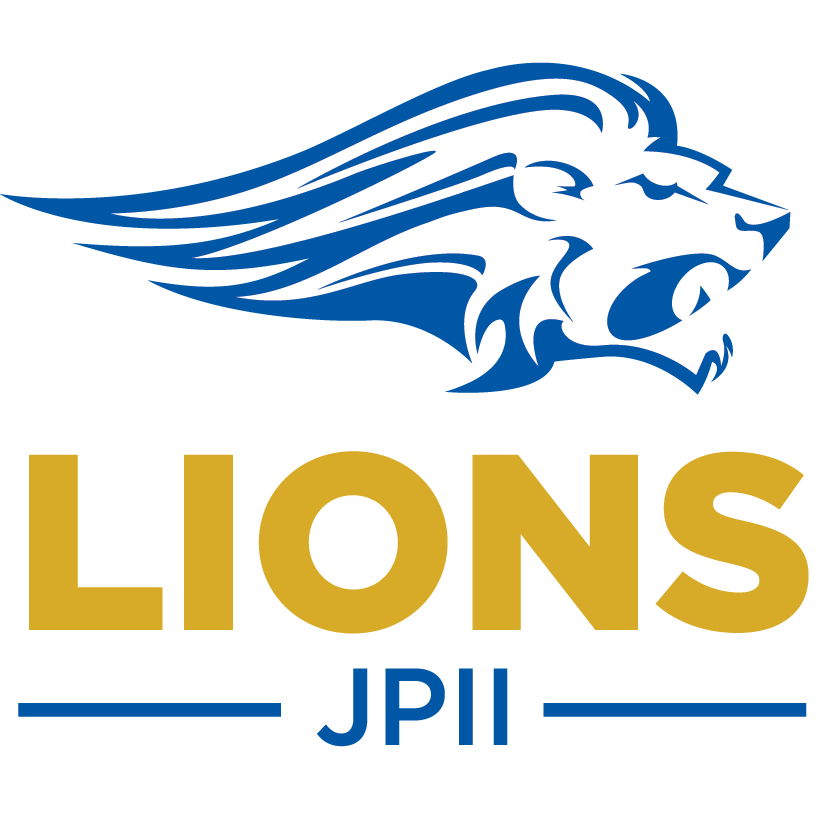